Father Frederic Baraga established the beginnings of Saint Andrew Church when he built the first church, St. Mary’s Mission, in 1833 amid Indian cornfields on the west bank of the Grand River.

Two years later, when Father Andreas Viszoczky became the pastor, he found a small church, rectory, and school building that Father Baraga had built. After the Indian population dispersed, Father Viszosky built a new church on Monroe Avenue, naming the parish for St. Andrew, his patron saint. The church, built from Grand River limestone, was completed in 1850 and was the largest building in town. 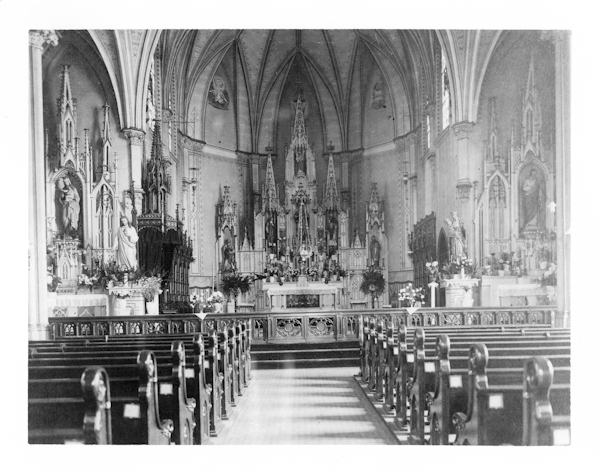 pulation, so beginning in 1875, a new church was built at its present location on Sheldon Boulevard. When Saint Andrew church was completed in 1876, it was a graceful structure and the pride of the ever-expanding city which grew around it. In 1882, Pope Leo XIII established the new diocese of Grand Rapids. The first bishop, Henry J. Richter of Cincinnati, was named in early 1883. He selected Saint Andrew church as his cathedral and was consecrated in this building on April 22, 1883. 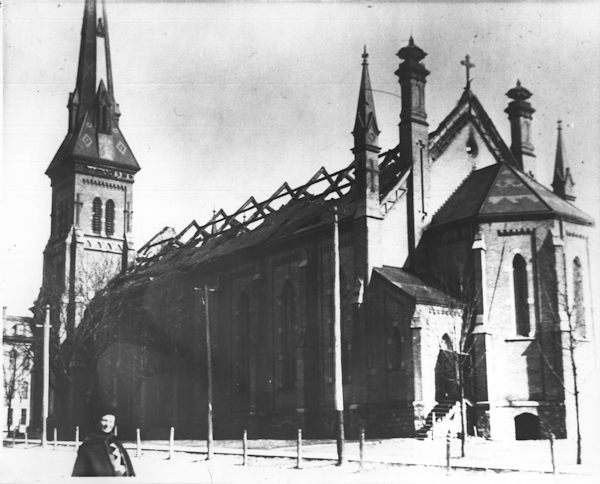 After a disastrous fire in 1901, the cathedral was not only restored but expanded and reconstructed. Hidden above the ceiling that you see today the original massive wooden beams are still charred from that lightning-caused conflagration.

Another major reconstruction and expansion took place in 1961-1963, 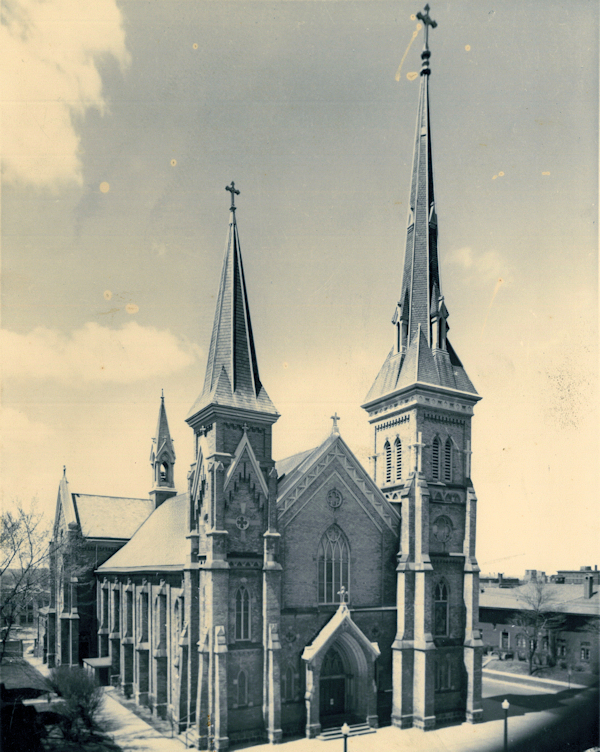 when the Saint Ambrose Chapel wing was constructed. This renovation also featured the closing off of Maple Street from Sheldon to Division, providing a surrounding green space.

In 1979-1980, another major renovation occurred, where the sanctuary was expanded, a vesting and gathering area created, and the interior was decorated in muted earth-tone colors.

The most recent renovation occurred in 1997-2000. This is the Cathedral as you see it today, with the baptismal pool, the refurbished stained glass and the bas-relief Stations of the Cross. In 2002 the pipe organ was installed.

Mass on Television and now Online

The Diocese of Grand Rapids was perhaps the first in the nation to televise the Sunday Mass live. In the mid-1960’s, provision was made within the cathedral itself for a televisio 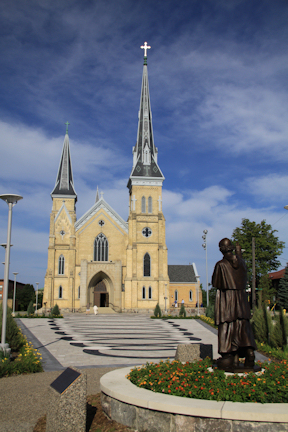 n studio. Recently the studio and cameras were updated for digital broadcast and the Sunday 10:00am Mass can be seen weekly on WXMI FOX 17.  In 2011 the Cathedral began to live stream the Sunday Mass on the diocese website.

The Piazza and Baraga Way

In 2009, the front entrance of the Cathedral was redone and the current Piazza Secchia was laid. The piazza is patterned after the Michelangelo-designed piazza on the Capitoline Hill in Rome.

In 2010 the decision was made to take down St. Andrew's Elementary School.  In its place the Diocese of Grand Rapids created a new Green space dedicated to the early Catholic Pioneer Bishop Baraga.  The view of the Cathedral is now opened from Jefferson to Sheldon.

Today, the Cathedral of Saint Andrew proudly stands in the central city as a place of acceptance and hospitality to its neighbors and to the community at large.